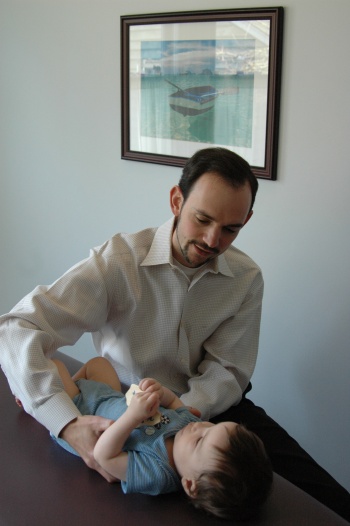 Osteopathic treatment of the infant relieves strain related to the birth process and restriction related to positioning in the uterus during the third trimester. It also assists the baby in his or her transition to life outside of the womb.

The birth process involves tremendous forces which are transmitted through the head and body of the infant. Research by Dr Viola Frymann indicates that a high percentage of infants have significant strain or mechanical restriction of motion within the bones, membranes and fluids of the cranium. When strains are significant they may impair circulation, compress nerves, or create a situation of constant tension within the membranes and fascia.

Positioning in the uterus, particularly during the third trimester, can lead to strain in the infant’s head and body. Particular issues which indicate likely strain include malpositioning of the infant (transverse lie, breech etc), asymmetric uterus shape or positioning (lop-sided uterus), low positioning of the baby in the pelvis (when the head is down and engaged early), low amnionic fluid level, large infant size and twin birth. An infant who is frequently in an awkward position or characteristic position may have had a similar, cramped positioning in utero.

The transition from life in the womb to life in the world is probably the most dramatic physical change we go through in life. An infant adapts to living with the full force gravity rather than floating in fluid, and changes from receiving nutrients constantly through a natural “IV” to taking food by mouth and having to break it down through digestion. All this occurs after a sometimes eventful ride down the birth canal. Osteopathy helps by relieving structural strains and twists which tax the body’s resources, by improving circulation and fascial movement of the digestive system, and by releasing the compression of specific nerves which are needed to coordinate feeding and digestion.

Common infant conditions for which treatment is recommended:

Providing Osteopathic care to infants is a large part of what I do in my practice. My experience in treating infants began as a third year Osteopathic Medical student in 1997 and continued through residency. Both as a student and as a resident I assessed and treated infants in the hospital in the first 24 hours after birth. I have been in practice in Seattle treating infants since 2002. 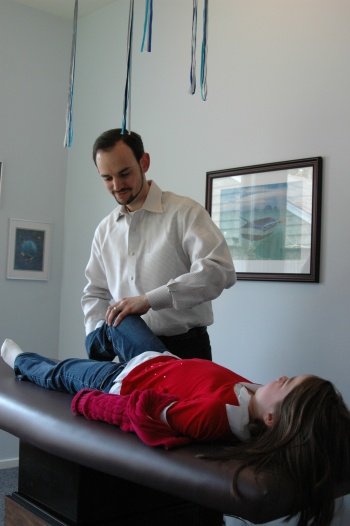 Toddlers and children have unique issues which often benefit from Osteopathic treatment.

Development is rapid in many different areas, particularly during the transition from infant to toddler. Osteopathy provides support for the body and the brain through these changes by releasing strain caused by rapid and sometimes asymmetric growth. We also release strains caused by repeated or occasionally severe bumps to the head and sacrum which occur as the toddler learns to negotiate the world in a new way. Of course just the transition from crawling to walking changes dramatically how weight is distributed and carried and regions of restriction may manifest during this time period. These regions are treated effectively by Osteopathic Treatment.

Another common way in which Osteopathy can assist children and toddlers is when there is recurrent infection or inflammation. Structural restriction, from the Osteopathic perspective, reduces the body’s ability to fight off infection. Fluid in the ears and sinuses may fail to drain and like standing water become contaminated. With Cranial Osteopathy we improve structural and fluid movement so the body can clear stagnant areas. Similar principles are applied in the treatment of pneumonia and asthma.

A variety of specific developmental issues may be helped by Osteopathic treatment. For these children we work to establish balance within the nervous system, and musculoskeletal system and to improve structural movement and thus circulation within certain regions of the brain. When these areas are released healing can better occur in areas of the brain that may have been adversely affected. In children with limited function, whatever resources are present can be better utilized when blockages in key areas are released.

Osteopathy may be helpful as one part of a complete approach to a child with Autism, Asperger’s or Down Syndrome. In these cases we are not treating the underlying cause, but are assisting the patient as much as possible by improving circulation of the brain, mechanical movement of the bones and membranes of the head, and by bringing balance to the nervous system.

Common Childhood Conditions for which Osteopathic Treatment may be Beneficial:

Treating toddlers and children is a large part of my practice. My experience treating children began in my third year of medical school (1997). 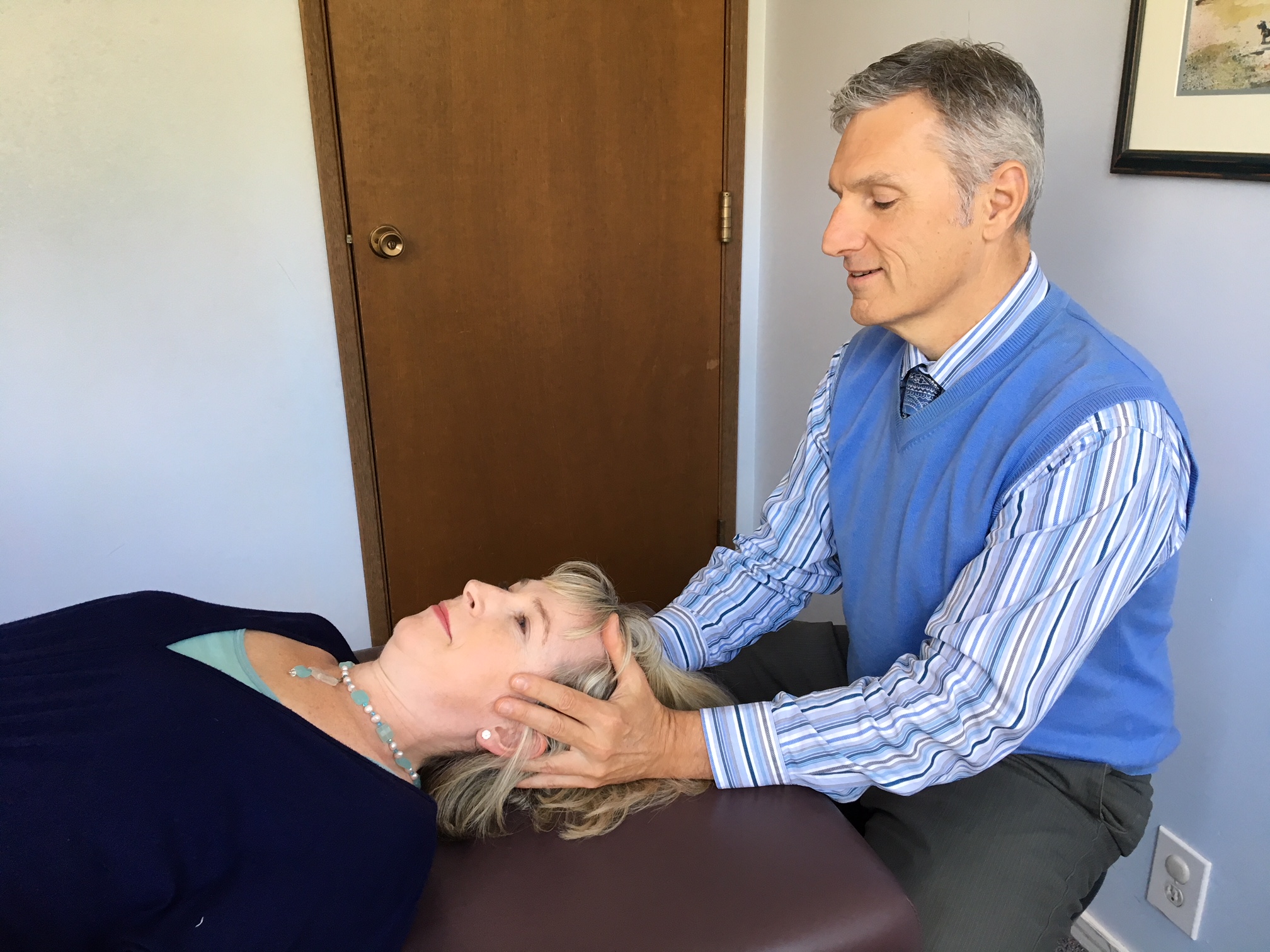 Lee Robertson offers gentle Osteopathic Treatment and Cranial Osteopathy. He treats mainly adults and is particularly skilled and interested in treating patients with musculoskeletal concerns. You can visit Dr. Robertson's site for information and scheduling here: